How airlines are flying high with aviation data analytics 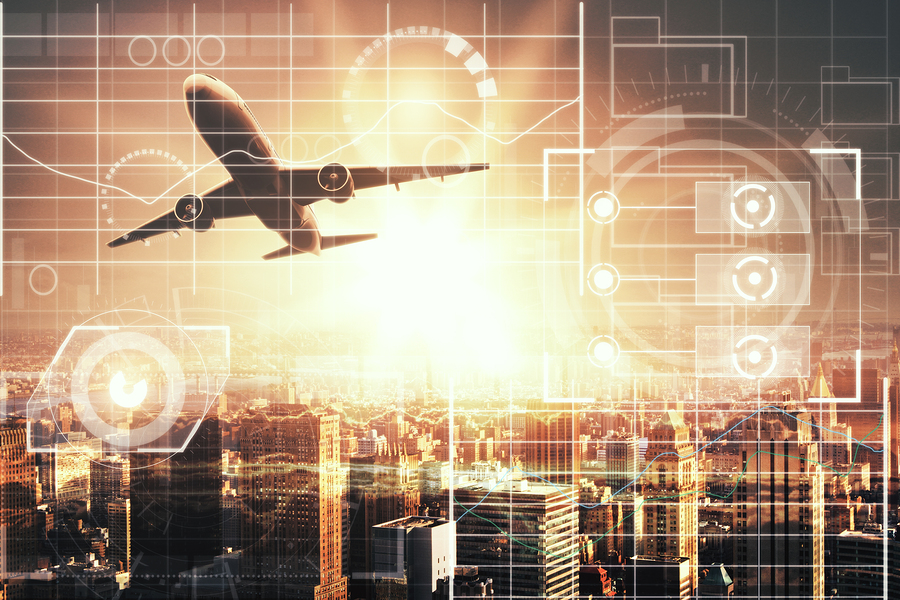 It’s safe to say that analysis in aviation has been around since the days of the Wright Brothers. Now, with the emergence of aviation data analytics, analysis has stepped into a whole new level and shows no signs of slowing down. Accordingly, with the advent of sophisticated data analytics platforms and service providers, aviation companies and professional now have the ability to witness a global transformation of how data insights are being utilised within the industry.

Real-time access to data in the 21st-century is the fuel that allows organisations to take informed steps towards operational efficiency. With that in mind, read on to find out the various ways through which aviation data analytics has enriched and supercharged pivotal aspects of the airline industry.

At 17% of overall operating costs, fuel is the second-highest expense for airlines after labour, making fuel efficiency a critical metric. Airlines are now using big data in aviation to help squeeze new efficiencies into their fuel usage.

Computing power has developed to the point where airlines can now gather and process the vast amounts of data they need to analyse fuel usage on a per-trip basis. Airlines can collect data directly from sensors embedded within their aircraft, including information on wind speeds, ambient temperatures, plane weight, and thrust.

This data can be fed into an analytics engine that marries it with operational data around fuel, passenger, and cargo loads, along with weather data, to search for patterns with the highest levels of trip profitability.

With the emergence of aviation data analytics, the airline industry hopes that this data mining will produce actionable intelligence around decisions such as adding or subtracting flights to routes, setting fuel loads for each aircraft, and selling additional passenger tickets. They can also give this intelligence to pilots in the air.

During an aerial journey, tons of data is generated every hour – on average, a 6-hour flight from one country to another collects about 240 terabytes of data from the plane. The current A350 model has a total of close to 6,000 sensors across the entire plane and generates 2.5 terabytes of data per day, while the newer model – expected to take to the skies in 2020 – will capture more than triple that amount. If this data is inspected and analysed, it will go a long way in improving the safety of the flight.

With total worldwide air traffic predicted to double over the next twenty years, it’s apparent that airlines need to keep innovating with big data. By amassing data from flight incidents, regulators can improve safety across the entire industry. Data analytics software will enable regulators to identify the biggest safety risks and determine whether industry stakeholders are taking the right actions to mitigate them.

By combing through terabytes of data, they will be able to locate weak links in the aviation chain and dole out insightful improvements to ensure that the safety of their passengers is a top priority.

Airlines have discovered that with the right analytics platforms, aviation data analytics can be used to eliminate inefficiencies due to redundancy, predict routes their passengers are likely to need, and improve safety. Engines are also equipped with sensors capturing details of every aspect of their operations, meaning that the impact of humidity, air pressure and temperature can be assessed more accurately.

Thanks to analytics, it is far cheaper for a company to be able to predict when a part will fail and have a replacement ready than to wait for it to fail and take the entire plan offline until repairs can be completed.

In fact, Aviation Today reported that it can often take airlines up to six months to source a replacement part, due to the inefficient prediction of failures leading to a massive backlog with manufacturers.

Based on an analysis of International Air Transport Association (IATA), the leading cause of late flights 42% of the time is a direct result of mismanaged airline-controlled processes, such as maintenance. Every hour the aircraft is not in operation costs the airline operator an average of $10,000 (USD). Therefore, it’s not hard to see how sensor data could be used to maximise operational efficiency to keep a fleet running smoothly.

For more information on how the aviation industry has been supercharged by superior data analytics, visit our site.